In 2014 I became a Yamaha endorsed musician for Australia.

To date I have written seven musical works to accompany some of my books, six of those (The Incredible Freedom Machines, Teacup, Tree, Parachute and Home & Away) using Yamaha’s extraordinary keyboard technology, in particular the The CVP 609.

“Along with Cubase the CVP 609 offers an extraordinarily powerful armory for composers. For work-shopping ideas it is intuitive and there is no disruption to the creative flow. With a few finger taps I can change orchestrations, pushing my ideas to the limit. Mozart would’ve killed for an instrument like this and doubled his output.”

In 2014 I began the Sound of Picture Books, a collaboration between myself,  The Literature Centre, the West Australian Symphony Orchestra (WASO) and Yamaha Music. It proudly showcases some of my compositional technique Yamaha’s digital pianos and has been an outstanding success.

In 2019 a variation of the Sound of Picture Books was toured for the first time internationally, first in South Korea, then followed by Hong Kong as part of the Hong Kong International Literature Festival.

I would like to thank Tom Lee Music for being able to supply the Yamaha for each of the performances in Hong Kong.

I have also created The Shape of Music and The History of Harmony, two touring shows, which utilise Yamaha’s digital piano technology. 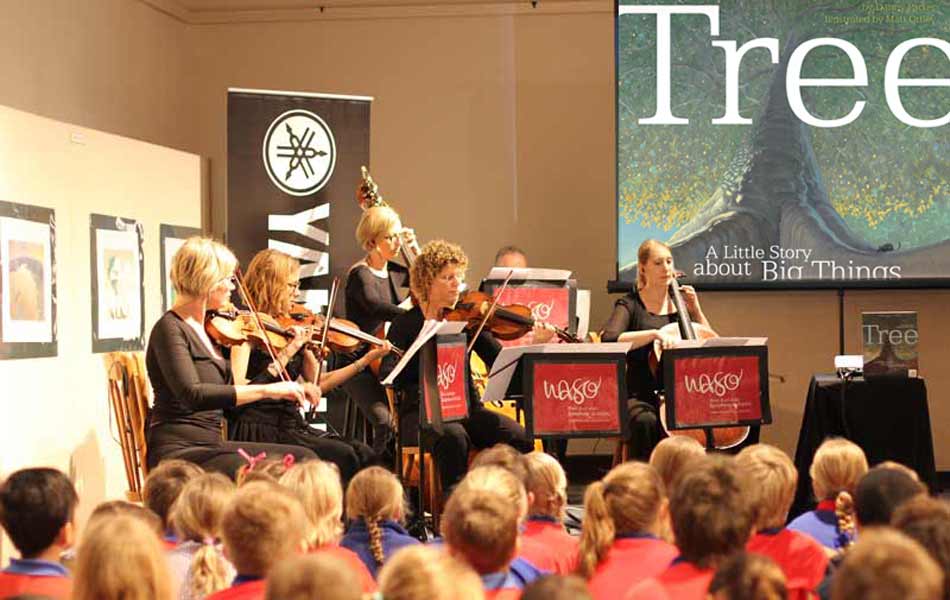