I’ve always been interested in music but was a relatively late starter when it came to learning an instrument. I didn’t begin formal lessons until I was 15. I learnt classical guitar with various private teachers then began studying that instrument seriously a little later at the Sydney School of Guitar. At the same time I also began studying composition with Anne Car-Boyd and Moya Henderson and enrolled in the composition course at Wollongong University. Many years later I learned the flamenco guitar and played professionally with a dance troupe for a couple of years. In recent years I have concentrated my musical activity on writing music, mostly small ensemble works, such as string quintets.

Since 2014 I have been setting music to the words and images from some of my picture books – an initiative known as The Sound of Picture Books – and there are now a variety of works available on DVD.

In 2016 I began work on a large scale orchestral piece for my upcoming work, The Tree of Ecstasy and Unbearable Sadness. I was fortunate to have the 50 minute orchestral piece (78 musicians) with a 40 piece choir recorded in the Czech Republic in 2019 with The Brno Philharmonic Orchestra and the Czech Philharmonic Choir of Brno, conducted by Mikel Toms. It includes guest composition by Alf Demasi with solo Tenor Ben Reynolds. It will be released in February 2022 but you can find a sample of the music on my free downloads page as well as extensive resource notes for the music. 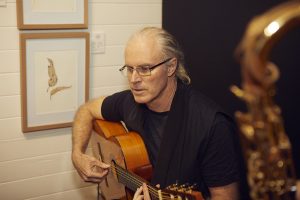