I currently live with my partner in a peaceful little cottage on a rainforest covered mountain in Bundjalung country, Northern NSW.

I was born in the Highlands of Papua New Guinea, where I spent the first eleven and a half years of my life. After almost failing high school in Sydney, I lived the itinerate life of a stockman for some years on cattle stations in Queensland, before returning to Sydney to study fine art and music. During my twenties I spent a couple of years in the UK, working as an equestrian artist, painting some of Britain’s leading polo ponies and thoroughbreds. I am a children’s author/illustrator and my works have been published in several different languages around the world. I’m also a composer and used to be a professional flamenco guitarist (but I don’t have as much time as I’d like to practice any more). I am currently an endorsed Yamaha musician and am involved in many exciting music composition projects, which you can find out more about on the multi-modal/music page.

Some things I love, apart from the arts are woodworking, tea and wildlife. For many years along aside my day job I worked as a volunteer wildlife rescuer, specialising in snakes, possums and bats.

The following list contains most of my published works and exhibitions and some projects under contract but not yet released. 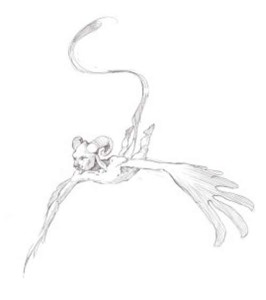 I have exhibited paintings in the following major galleries: